The Origin of the Press Release…Who Knew? 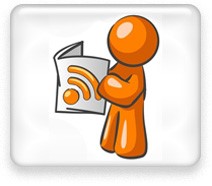 Recently, during my daily morning monitoring, I stumbled across an article that spoke of The Origin of the Press Release. Thirty plus years into my career and after writing at least several thousand press releases, I had never thought about where they came from until I saw this piece. I certainly had no clue that Ivy Lee inadvertently created them in 1906 in response to a train wreck that took the lives of more than 50 people.  He urged the railroad – his client – to issue a statement about the tragedy and that was believed to be the first-ever press release issued.

Having led numerous thought leadership and media relations campaigns, I couldn’t agree more that there will always be a place in marketing for the press release. Over the course of my career however, it has never ceased to amaze me how many business people—and in some cases marketing folks—don’t really understand what a press release is and how it should be used. ComBlu has forever educated its clients as to the role it plays as one part of a broader influencer marketing or content strategy. The same basic rules still apply today, despite huge shifts in the way we communicate.

True thought leadership effectively leverages earned media to amplify a company’s content, stories, expertise and overall point-of-view. It works best when a company wants to assume a leadership role in a specific industry or on a specific topic, impact the consumer’s decision journey, create a new industry category or change business thought or philosophy.

The press release is a supporting cast member in the ever-evolving PR toolbox that today includes more graphic venues than ever before, including videos, infographics, eBooks, Pinterest boards, among others. The channels used to spread news have also expanded beyond reporters and editors at publications to include blogs, social media channels, email newsletters, etc.

It is very important to keep in mind that thought leadership is not a “once-in-a-row” activity. A company has to continually leverage its body of work to bubble up new ideas to sustain dialogue and foster ongoing conversation. Press releases that share legitimate news is one part of that whole.

While the prevalence of press releases may have dwindled, they are certainly not dead. The modern news announcement will no doubt continue to evolve as other communications tools change and mature, but my best bet is that we will always be cranking out the “For Immediate Release.”