Using New Influencers to “Break Through” 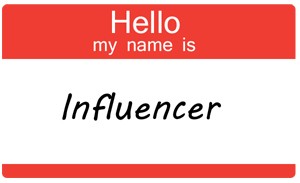 In today’s ever-increasingly “social world”, how we define influencers has certainly changed. People in marketing and public relations used to primarily think of high-powered reporters at national outlets – like the New York Times and Wall Street Journal – as the influencers that you needed to reach to consider a campaign a real success. Today, influencers come in all shapes and sizes and in places you may not have previously expected.

ComBlu has been working with a professional services firm for just about a year now. The service they provide – legal insurance – suffers from a lack of awareness and is not seen as a must-have among consumers, as is health insurance. We’ve had some success getting stories placed on the product, but were looking for a new way to get the story out there that would get us some traction we could leverage.

My colleague Jennifer is our resident expert on social listening and an advocate on the important role listening can offer in any marketing program. She conducted a thorough listening on the landscape of legal services for consumers and identified something we were not expecting. The biggest influencer in the conversation surrounding the evolution of legal services was a little-known (among consumers), yet influential blogger. Robert Ambrogi’s Law Sites blog was at the center of the conversation and heavily syndicated, shared and followed on the subject of the changing legal landscape.

We packaged a story for him and offered him an advance on the news that legal insurance is now available direct to consumers. We approached him like a Wall Street Journal reporter, and he seemed genuinely surprised in the package we provided.

He dug deeply into all the information we offered and told a much broader story than we would ever have gotten from a business or consumer reporter. And, his blog was immediately picked up by other influential outlets and was shared, tweeted and commented on. Within two hours of his post, we had racked up more than 400,000 impressions on Twitter. And best of all, his post has given us leverage to take the story to the consumer press with the validation we need.

Social listening can lead you down new paths you would have never expected, and your key influencers can be found in places you ever expected. You just need to know who they are and how to best engage, and you are on your way to building a mutually beneficial relationship. Just don’t limit yourself!