#NEVERFORGET – HOW COULD WE? 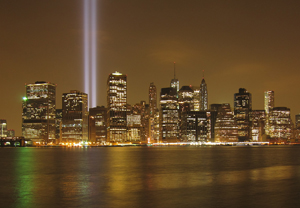 As I watched the news this morning, I was moved by the families reciting the names of the 2977 lost this day in 2001. For them, #neverforget is painfully real. Since that fateful day, we’ve been humbled by the stories of courage by everyday heroes – like a 24-yr old stock broker, a DC tour guide, flight attendants and passengers who stepped up to help others along side first responders and active and former military. In honor of those brave men and women and those fallen, we’re re-running this post from the 10th anniversary of 9/11.

This weekend, The New York Times reported that in the days leading up to the 10th anniversary of 9/11, #neverforget was one of the top trending hashtags, and according to social media analytics firm, Trendrr, tweets on the topic exceeded 3 million on Sunday alone. It’s hard to imagine that 10 years have passed since that horrific day—or that you really could forget. The week’s media coverage—print, broadcast and social—brought many of us back to that seminal moment in time and gave us a chance to reflect. 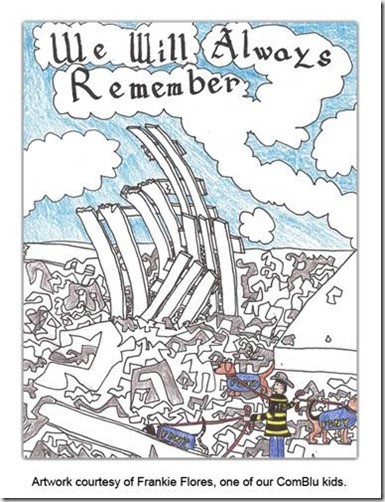 Where were you when…

Like thousands of my commuting counterparts, I got my kids off to school and was on a Metra train coming in from the Chicago suburbs to my home-away-from-home office in the John Hancock Building. The train unexpectedly stopped between stations, rarely a good thing, but not that unusual either. Within minutes, a buzz went through the stopped cars with news of a plane—wait, no, two planes—hitting the World Trade Center. One could be a terrible accident, but two was something entirely more ominous.

While decisions were being made about what to do with packed rush-hour passenger trains heading into the city, my first thoughts were: my husband is on an eastbound plane that left at the crack of dawn; my brother-in-law is a commercial pilot; my kids are at school; and I’m in the middle of nowhere with no way to reach anyone. The few people who could get a cell signal were keeping fellow “commuter captives” informed as much as possible. A blessing and a curse, since information was sketchy at the outset and now we’re playing telephone, literally.

As the trains started moving again, away from the city this time, I heard from my husband that he was safe; they had grounded his plane. My brother-in-law was also securely on the ground. And the schools were keeping the kids in class until parents arrived. In the midst of this, we were trying to make sure that our team was safely out of our high profile building. Thankfully, we were not entirely shoemaker’s children and had a crisis plan in place. But (full disclosure) like most companies, that plan got a whole lot more locked down after the fact. Perhaps the anniversary calls us to revisit our companies’ plans and make sure (1) they are up to date and (2) employees know it cold.

Sadly, we also heard from a client that had a large office in the Towers, asking for help with managing the crisis. Part of that involved fielding overflow calls from their call center, talking to panicky family members looking for news on loved ones. Most people taking calls could relate, having just lived some time “not knowing.” What struck me then, and now looking back, is that 9/11 started out so normal, so everyday life—until it wasn’t. The calls just reinforced that. By far, the hardest assignment I’ve dealt with in a 25-year career.

There’s been a fair amount of conversation about how today’s array of social media would have made a difference on 9/11. Would it have helped? On the professional side—I’d say, yes. It would have given us more options to communicate what we knew (or didn’t) more quickly and more broadly. But personally, it’s not quite so clear. Giving us more ways to get through to family, friends and colleagues would’ve been a good thing, but at the end of the day, (and I know this is so old school especially given the business we’re in), I really wanted—and needed—to hear their voices.