I have been thinking about the best way to open this blog post now for over a week.  Frankly, I struggled.  Every example I came up with was flat as week old Coke.  Until 3:27am this morning, when I awoke with the perfect lead in.

Prior to this brilliant lead in, let me give you the gist of why this was so important.  This last week I was speaking at the Word of Mouth Marketing conference in Vegas.  The subject of the conference was ‘Talkable Brands’.  Throughout the conference I listened for insight on what makes brands talkable.  Moreover, I had more conversations than I can count with smart brand leaders and marketing professionals on the topic.  On the flight home I was able to recall more than 30 such conversations that touched on this topic, as well as, seeing a few presentations that paid this question off.

In reviewing my three days in Vegas, here’s what I came up with as the big ah-ha.  Oddly, it has very little to do with social media, viral marketing or any such thing.

Brad Fay, COO of the Keller Fay Group stated it best. I am going to try and summarize what he said here as best I can.  Seventy seven percent of all word of mouth occurs offline.  Brand discussions fill the gaps in conversations.  Starting a conversation around a brand is an easy way to engage or move the topic of a conversation.

Couple this with the presentation made by Kathy Baughman (ComBlu), Bill Johnson (Forum One) and Dawn Lacallade (Solarwinds) where the topic was essentially be honest, be engaged and be consistent.

As I hope we all know, brands are most talkable when they deliver on a promise, which should be tied to a need.  Today, there is a huge chasm between the marketing departments who create the messaging and the other departments who are tasked with delivering products and services. Marketing campaigns, while sexy and clever, more often than not, set the rest of the organization to fail.  They fail because the hype isn’t aligned with their ability to deliver.

So with my set up done, here is my opening.

In the 5th inning of Game 3 of the 1932 World Series between the New York Yankees and the Chicago Cubs with two strikes under his belt, Babe Ruth called his shot.  He pointed to the outfield and indicated the third pitch would sail into the outfield. 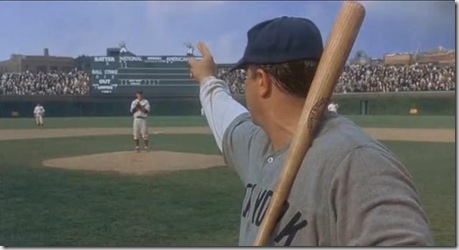 It’s not that he pointed.  It’s that he delivered on the promise.  He said, then did exactly what he said he’d do.  He pointed because he fundamentally believed he could smack the cover off the ball.

What if somebody else promoted Babe calling his shot without asking Babe whether or not he could do it.  Imagine, to sell the game out, marketing creates the promotion, ‘Come see the world’s greatest hitter do the impossible….call his shot.’  Yep, people would line up in droves.  What if Babe, upon learning this said such an attempt was impossible and refused to do it. Worse, what if he never found out he’d been promoted to do this and went through the game blissfully ignorant of the promotional promise. What would happen?

The magic bullet for customer engagement is consistency.  Only then will customers want to engage with you….consistently (see the connection?).

Consistency in performance across the enterprise that balances the marketing promise, whatever it might be and the businesses ability to deliver drives customers to return the favor creates talkable brands.

Doing it is harder than it sounds, I know. Which is why I am still shocked to see so few people attending WOMMA who are responsible for activities beyond marketing and communications.  Why no cross-functional teams working to learn how to do this?  Customer engagement and word of mouth is NOT something owned by marketing alone contrary to popular belief.

Here’s an example.  Recently, I was to attend my YPO’s forum group retreat in Miami.  We were leaving on Friday and coming back on Monday.  We booked through Orbitz during our forum group meeting.  One person joked that we all needed a little TLC.  So we selected Orbitz to book.

Later, several of us needed to move our Monday flights up until Sunday.  After 2 hours on the phone throughout the week trying to get this done (ok, it was a complex transaction…booked by one YPO member with 8 tickets paid for with another YPO member’s credit card).  One of us ended up simply abandoning the ticket and repurchasing a new $500 seat after only 20 minutes of hell.  I kept waiting on the TLC, which never came.  I ended up, tweeting the blow by blows to, partially to see what happened and partially as a frustration valve.

Sure enough, Orbitz sent me a tweet offering to help.  I sent them my email address in the clear.  Got another tweet that they had found my record but that was it.  Nothing else.  In the end the CRM team transferred me around, getting my problem out of their cue and eventually dumped me onto Delta and ran fast.  Yep, things got worse from there but hey, no longer Orbitz problem! I now belonged to Deltaaaaa.

I ended up so frustrated that I canceled the trip and forfeited my tickets and hotel deposit.  That’s how chaotic, unorganized and disjointed the experience was.

Turns out that the Orbitz TLC tagline doesn’t mean ‘Tender Loving Care’.  Instead, it seems to stand for ‘The Lowest Cost’.

If you do a Google search for Orbitz TLC, what comes up first is a paid link. Orbitz states that with their TLC program, every customer is a VIP!  However, if you audit their materials (from ads to their on hold recording to twitter to their online properties, things get confusing.  Twitter, the call center on hold and some of their branding is about a better experience (TLC) and a VIP experience.  Elsewhere it is ALL about price.  Lowest, lowest, lowest. 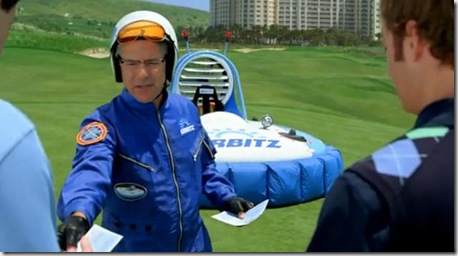 Either value proposition or even both is ok.  But deliver on what you CONSISTENTLY promise.  Either VIP service, low price or the best service possible at the lowest price available.

Hey folks, coach is still coach.  Don’t spin the threadbare seats in the back of the plane as luxurious.  A confusing and at-odds marketing program will ensure a bunch of people have their expectations missed.  Say what you mean, mean what you say, be truthful and be consistent.  Southwest does a masterful job at delivering this promise.  Take a lesson.

I decided to provide a set of tips to get started, one that if tried I bet would yield greater results than any 50 million dollar ad campaign at 1/100th the cost.

I am picking on Orbitz not because of a bad experience.  No company can deliver everything flawlessly or meet every customer’s wacky demands.  I am picking on them because they are not consistent in what they say and what they do.

In fairness, Orbitz recently removed the TLC branding from their online venues (I can see why) but the phrase still prevalent through many touch points from paid search to on-hold recordings.